Vicki Zhao is one of the most well-recognized actresses, directors, singers and producers in China and Asia. She made her acting debut in the film Panting Soul (1993) and since then, created numerous classic roles on screen, such as the mischievous young girl Xiaoyanzi in the phenomemon TV drama Princess of Pearl (1998), the unyielding general Mulan in film Mulan (2009), the brilliant and dignified wife Pei Rong in film Painted Skin (2008) and the pure and persistent mother Li Hongqin in film Dearest (2014). Her excellence in acting has won her multiple film and TV awards, among them, she has won The Best Leading Actress of The Hundred Flowers Awards, The Huabiao Film Awards, The Hong Kong Film Awards and much more.

Not only as an actress, Vicki Zhao is also a talented and renowned film director and producer. Her first directing film So Young (2013) became phenomenon that year and made over 726 million Chinese Yuan in box office which made her the first Chinese female director who has over 100 million dollar box office record, not to mention it was her debut film and it also won her numerous film awards. With her delicate feelings and prudent attitude at all times, Vicki can always interpret her characters in a deeper and more sensible way. 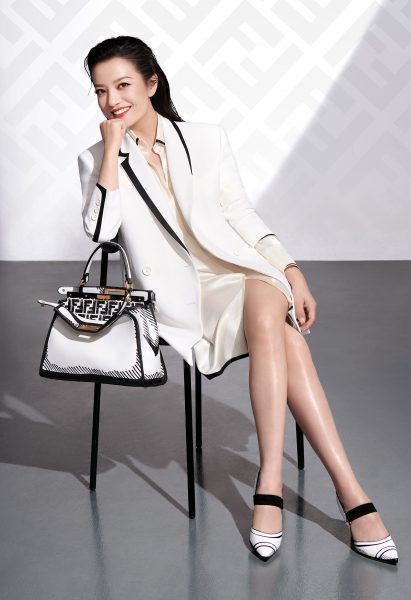 Denim forever: how to wear it this summer

Voyage through the FENDI DNA